and the related influence of coral growth forms in reefs of Koh Phangan, Gulf of Thailand | by Jessica Knoop 2015

Learn More about our Research 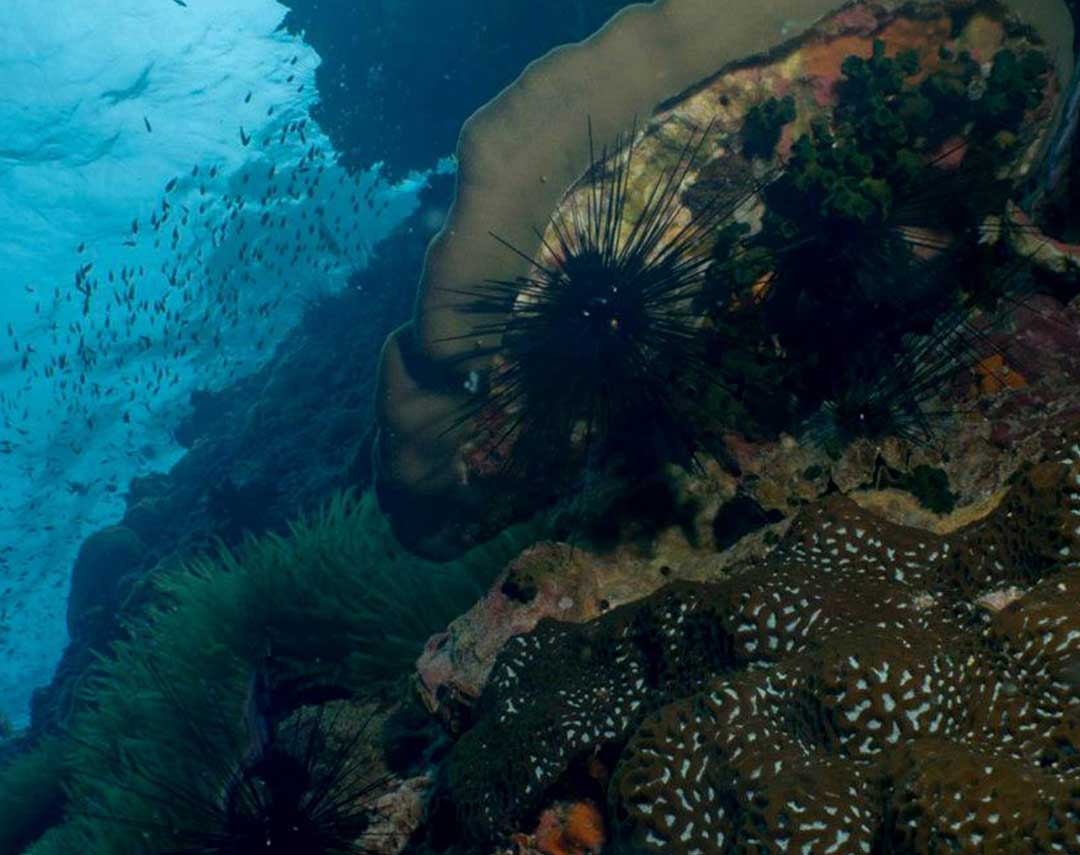 As a result of overfishing and eutrophication, many coral reefs are shifting from hard coral to algae dominance. Because of this effect, knowledge about coral algae competition is key, as it plays the central role, but our understanding of these processes over time is surprisingly little.

This study characterized coral-algae contacts in different locations of the Gulf of Thailand, including comparatively pristine locations in protected areas. Additionally, the influence of coral growth forms was evaluated. Four genera (Acropora, Pocillopora, Porites and Platygyra) comprising the growth forms massive and branching were studied, to see whether the structural difference has an effect on the resilience to algae. As response parameters, coral tissue pigmentation, algal area change and algal overgrowth were monitored.

Findings revealed that nearly twice as many corals were in contact to algae in impacted areas, when compared to protected ones, with many contacts considered harmful. Porites spp., a massive coral, appeared to be most heavily influenced.

The high turf algae cover ( an assemblage of small, often filamentous algae of 1-10mm height) in combination with the decrease of herbivore fish, that could control algae growth, could be an indication of an approaching phase shift in coastal regions of Koh Phangan. The protection of browsing and grazing fish species should be a high priority for local reef- and fisheries management.

Jessica’s study has been published as her Master Thesis at the University of Bremen. The peer-reviewed paper is still in the making.

Get involved in conservation and research

Buy a shirt or hoodie to support our mission

More about our research