What is a scientist after all? It is a curious man looking through a keyhole, the keyhole of nature, trying to know what’s going on

Humans have been curious about their environment since the dawn of the species, as evident in historical findings ranging from stone tools and cave drawings to ancient, but complex astronomical observatories. Our species had to be inquisitive to cope with countless natural challenges, which led to us being arguably the most advanced mammals on Earth. Well, at least we’re pretty successful at some things. Like, digital wrist watches1.

The need to understand oceanic environments became urgent, when humanity decided to be a seafaring species. We can currently trace this back to 1200 BC, when the Phoenicians sailed out of the Mediterranean Sea through the straight of Gibraltar, utilizing the surface- and depth current. The Greek relieved the Phoenicians as the prime seafaring nation, and sailed all the way to Iceland in 325 BC. Understanding current, winds, tides and waves was key2.

Stories and reports of sailors reached the ears of the natural philosophers, and it aroused their curiosity. Early scientists teamed up with adventurers, and eventually full scientific expeditions were launched, the first one being James Cook on the ‘H.M.S. Endeavour” which sailed to Tahiti in 1768 for the Royal Society of England2. In 1831, Charles Darwin sailed on the ‘H.M.S Beagle’ to Southern America, and developed the foundations for the modern Theory of Evolution. The ‘H.M.S. Challenger’ followed chase, and Sir Charles Wyville Thompson collected and analysed thousands of marine specimen. This voyage is commonly referred to as the birth of modern marine science4.

The collection techniques available to surface missions (boats), were not satisfactory for scientists, because they created  ‘Bouillabaisse’: a sludge of marine specimen brought up by bottom-dredges. Even though Alexander the Great already used primitive leather dive helmets to explore, it took until 1845 until H. Milne-Edwards used a scaphander to investigate marine animals. Underwater research experienced its breakthrough with the invention of SCUBA (self contained underwater apparatus, Aqua-lung) in 1942, when Jaques Cousteau and Emile Gagnard developed a safe,reliable and comparatively cheap solution to access a uncharted territory2.   Today technical advances have allowed the development of Remote Controlled Vehicles (ROV), Underwater habitats and semi-autonomous data collection arrays. And who knows what we will see, once somebody finally manages to get underwater WIFI working.

Invention of the Aqua-lung 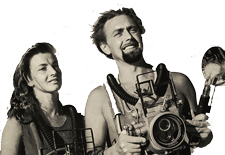 We partner local and international skill, and knowledge:

Just keep scrolling…
“Thanks to the guys, and the equipment available, I was able to collect reliable data for my thesis. It was hard work, but it got published in Marine Pollution Bulletin.”
Ines Stuhldeier 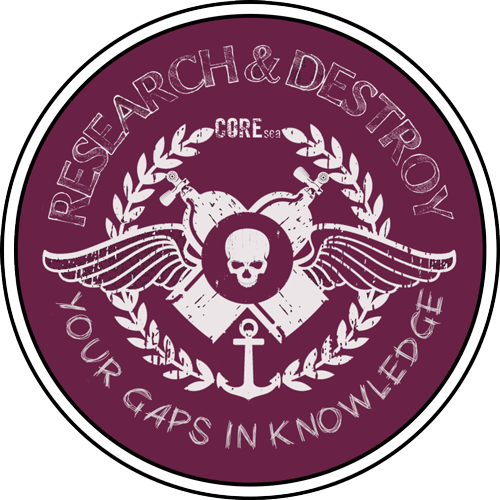 “Sampling waste water in the rivulets was not always fun, but my resulting Master’s thesis was impressive enough to get me into my PhD program in Germany”
Marleen Stuhr

South east Asia is one of the world’s most interesting locations for tropical marine research, especially with respect to ecology.

The coral triangle, formed by the landmasses of Indonesia, Malaysia, the Philippines, Papua New Guinea, the Solomon Islands and Timor Leste, is recognized as the global center for marine biodiversity5. Its also possible that what we called coral today, has originated here. Unfortunately, south east Asia is also a particularly stressful environment. Rapid coastal development, unsustainable industrial practices, and a rapid response to atmospheric changes (climate change) make understanding, and ultimately conserving, this area key for billions of people.

Indonesia is an archipelago, made up by app. 18,000 islands. Its 80,000 kilometers of coastline are engulfed by tropical seas, that create the unusually high level of marine biodiversity. It has a diverse range of oceanic and coastal ecosystems, ranging from beaches and mangroves to coral reefs, sea grass beds, and tiny island ecosystems. It is one of the Coral Triangle countries with the world’s greatest diversity of coral reef fish, more than 1,650 species are found in eastern Indonesia alone. In 1862, Alfred Wallace described a dividing line between the distribution of  Asian and Australasian species here . It runs roughly north–south between Kalimantan and Sulawesi; with Asian species found West of the line, and Australian ones East. CORE sea’s field station in Indonesia is still in preparation.

The GoT is a particularly interesting body of water, young, shallow and notoriously underinvestigated. It originated about 10,000 years ago, when the glaciers receded after the last ice age, and it’s shallow depth (on average 45 meters) suggests a quick response to a warming atmosphere. River inlets frequently change salinity, and introduce nutrients and organic material. Despite these changing factors (or maybe because of them) and it’s youth, it sports a surprising biodiversity. The estimated species richness is higher than in the Andaman sea6. CORE sea’s field research station is located in the Samui Archipelago, on Koh Phangan. Read more about the Gulf of Thailand.

Are you looking for a location for your PhD our Master’s project? Please browse through our current research and publications, to identify gaps in knowledge. Get in contact with us, preferably with a rough outline, or a research proposal. Master theses can be done as part of an internship, other options are available for PhD candidates. If we think your project has the potential for a publication, we will help you fund it. Please take a look at the facilities available at your preferred location. Our funds are limited, and we can not move equipment from one location to the other.

Are you looking for a field station to help you take data for your Bachelors thesis or dissertation? Take a look at our current research, if your ideas are in-line with our projects, you might be able to collect data during your internship. Please contact us for details, and make sure you add a rough outline (‘I want to do science on a tropical island’ is not enough). Not all Bachelor courses are the same, and have different requirements, and permissions. Please talk to your supervisor before you contact us.

Stay curious with us

The problem with Underwater Research: Once man leaves the surface, he gets cold and he gets stupid