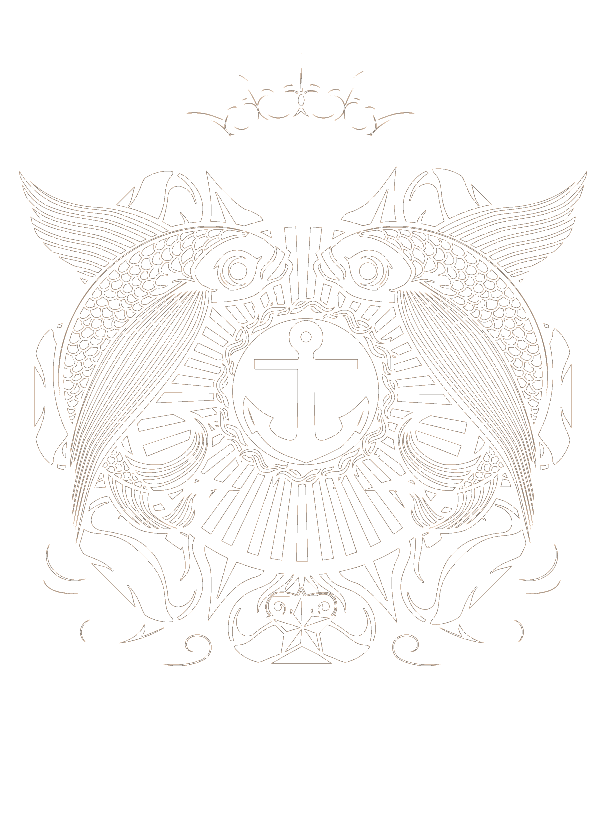 Coral nurseries present a great option for restoring deteriorated coral reefs. In certain conditions, because they come with a catch.

Read on for an overview of our efforts

Over the last decade, it has become obvious that coral reef ecosystems are deteriorating ant an unprecedented rate. The most pressing matters seem to be Climate Change and the associated Ocean Acidification, Pollutants like mercury, mineral dust and raw sewage. Unfortunately, there is very little that can be done about these global stressors in a local restoration project. At best, a carefully maintained coral nursery can act as a ‘seed bank’.

For local problems, like damage from anchoring, wreckage or sedimentation, the outlook is much better. Current coral gardening concepts have the capability to restore coral surface cover on a large scale.

In the past, several reef restoration projects have been carried out in Thailand. An example of a successful project is the experiment carried out by Sirirattanachai (1994, cited in Yeemin et al., 2006) with Porites lutea, Acropora sp. and Pocillopora damicornis. The project involved transplanting fragments of these corals to barren areas. The growth rate of Acropora sp. was particularly high; up to 6-10 cm per year with an average of 6.5 cm/yr after one year with a survival rate of 88% after two months. However, exceptseveral transplantation projects, the only described coral nursery project within the Gulf of Thailand is written by Saengpaiboon (2003, cited in Yeemin et al., 2006). In this project from 1995, students transferred 58 live coral fragments (Acropora sp.) to nurseries. The survival rates of the transplanted fragments were 90-­‐95% after six years, which is higher than the survival rates found after one year by Sirirattanachai (1994, cited in Yeemin et al., 2006), indicating the increased survivability of coral fragments in nurseries.

We have been experimenting with different nursery systems since 2011. The results were mixed but in 2013, we found a working system that we’re currently redeveloping in-situ. Koh Phangan has very little branching coral remaining, the ecosystem is dominated by massive, resistant species, which survived the 2010 bleaching event. Our efforts concentrate on these relatively fragile species, as their canopy is the key habitat for small reef fish. 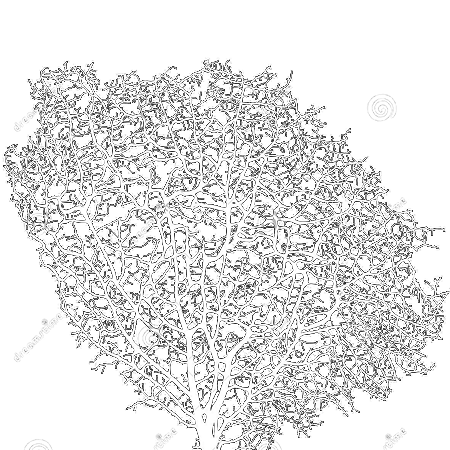 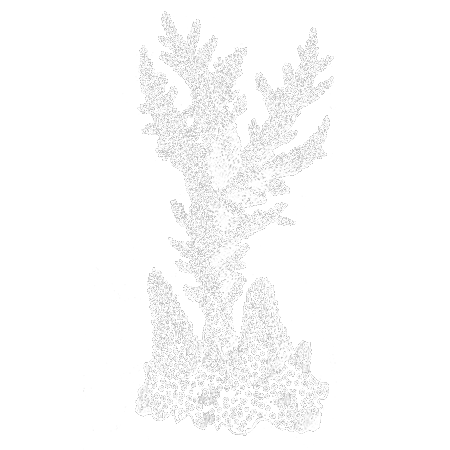 Different systems have been developed over the years, the use depends on depth, wave regime, substrate type and the coral growth form. Generally, a nursery uses the corals capability for asexual reproduction. A coral polyp can “clone” itself, creating large colonies from a single individual. We  use rescued fragments, which might have been created by fish, storms or humans, and carefully coax them into growing on a new substrate. Our results have been surpringly good, with growth rates of up 0.35 mm per week, and survival rates between 95 and 97 %.

A floating platform is used to keep coral fragments at optimum depth (for light availability), and away from the bottom, to avoid problems with predators and sedimentation. These setups are quite susceptible to damage from waves, so they need to be lowered if a storm is predicted.

In this nursery system, ropes get un-entwined and fragments are stuck in the resulting opening. This method is very sturdy and produces great results, but removing the grown colonies creates damage, as the coral tissue tends to engulf the rope.

Concrete or metal structures offer the best protection from storm surges, but are prone to sedimentation and predation, as the structures are readily accessible to Drupella cornus or Crown of Thorns Starfish (COTS)

Coral nurseries are using the asexual reproduction capabilities of branching coral, and thereby circumvent the genetic recombination that happens during natural coral propagation.

If fragments are not chosen carefully, the project is not carefully monitored, or a large area is restored with few fragments, the method is actively reducing genetic diversity and reduces local coral reef resilience. Which might be worse than the original situation.

Cas Grupstra has done his Bachelor’s thesis on our nurseries.