Maybe you should do some research, and form your own opinion

I have tried and failed to write this post about four times now.

It is because, no matter how I fit my words together, I can’t describe in writing how much this place has changed my life.

It could be said that the profound changes in perspective and personality I have experienced since coming to Core Sea are based solely on the fact that I am in a different country, on my own, and that is enough to have a huge effect on anyone. But I think it’s more than that. 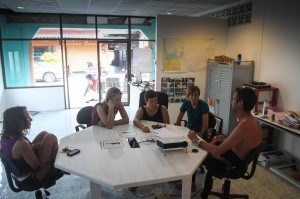 “Core” in the dictionary, means “a central and often foundational part usually distinct from the enveloping part by a difference in nature” (Miriam-Webster). In the context of Core Sea, the ‘Core’ is an acronym for the Center for Oceanic Research and Education, and was named without thought of the literal definition of the word. And yet, this organization and these pe0ple embody the central and foundational part of this conservation work more gracefully and effectively than I thought possible.

The other day, when we were coming back from working with the DMCR, Eike was telling us about how he got into conservation work. He started out working animal conservation in Africa. He was describing to us how heartbreaking it is to work with animals because you do so much to save them but you can save a lion every single day for a year and they’ll keep dying as long as the habitat doesn’t get taken care of. This is why he eventually transitioned into marine conservation, and with it, habitat conservation. Because conserving the planet is the core of conserving everything else on it.

Before I came to Core Sea, I was surrounded by people who were just about to start college. Standing on the brink of the cliff that is leaving home and starting school and giving the next four years of your life to figuring out your role in society feels so big. But then I came here, and I’m around people who have already lived through those four years, and are now picking up the gauntlet they spent all that time learning about. At the end of the day, college isn’t the greatest adventure you will ever have. It is only four years out of many. 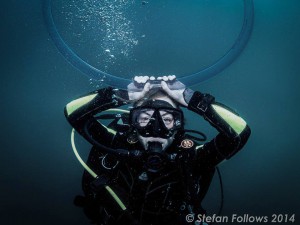 I’d recommend Core Sea for anyone who wants to be on the offense of this whole world-saving thing. It’s more than just measurements and fish counting. There are days where it is our job to simply dive and appreciate. Appreciate the way that bright purple anemones sway gently with the current like hair of the sea. Appreciate the way that sunbeams are broken by the water, throwing more colors into light than we knew existed. Appreciate how truly beautiful fish are when they swim. Appreciation is the key to the locked minds of society. When someone cares about something, they don’t have to be convinced to help save it, they’ll just want to. So we don’t tell them it’s a crisis, and we don’t tell them we’re all screwed. We say not all hope is gone, and we tell them to appreciate what’s out there. It’s easy, when you’re involved in all of the science stuff and the statistics that say all the reefs are gone in 5 years to completely lose motivation. But when we slow down and appreciate it, we realize that 5 years doesn’t actually exist. Fish are never late. Time is a concept humans invented. Because of this, we hold a fear that no other animal experiences–a fear of time running out.

This doom and gloom approach is felt throughout many conservation organizations because once you have your eyes opened to the problems of the planet, it’s hard to think anything you do could save it in time. But Core Sea is located on a slow-paced, relaxed little island, where time is more of an idea than an actual practice. So I feel like here, it’s balanced out. You can get all of the depressing information without feeling like you’re rushed to do something about it, which then makes it easier to take action.

I came to Core Sea with nothing, and I was welcomed with answers to questions I’d never even thought of and a family of people bonded by the desire to make a difference. I’m leaving with passion and a bunch of new knowledge.

I was also lucky enough to be here at the time I was, because I got to witness so many beginnings. All of the plans they’d spent years working on finally began to take shape. Eike led the publicity war, bringing the Core Sea Facebook page from 600 likes to over 10,000 in 6 weeks. We kicked off the Save Sail Rock campaign. We started putting in buoys. I am so sad to be going but so happy I was here. 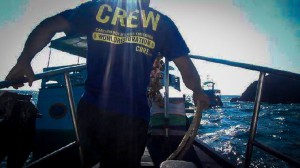 This is real world stuff. Anyone who wants to come to Core Sea will not be disappointed. You will be welcomed with enthusiasm. You will be challenged. You will be taught secrets of the sea and insanely cool science. And the best part of it is, you will actually make a difference on the planet.

But like Eike always says: “this is just my opinion. Maybe you should do some research, and form your own.”